Cluster analysis is a powerful technique when groups of similar (or dissimilar) behaviour needs to be identified within a population of people / items / assets / sensors etc. Knowledge of common or unusual patterns of behaviour allows interventions to be targeted where, when and how they will be most effective. For example, knowing normal electricity consumption patterns by building type or usage category allows unusually high behaviour to be pinpointed and energy saving activities to be directed.

To illustrate, we cluster the typical weekly electricity patterns for a selection of meters from an anonymised building energy usage dataset provided by Schneider Electric.

The average hourly electricity consumption across a week is presented in Figure 1 below for 24 power meters. These power meters are installed at two different facilities - a laboratory and an office, and the outdoor temperature readings are also shown as a useful comparison.

Figure 1: Average hourly electricity consumption and temperature across the week 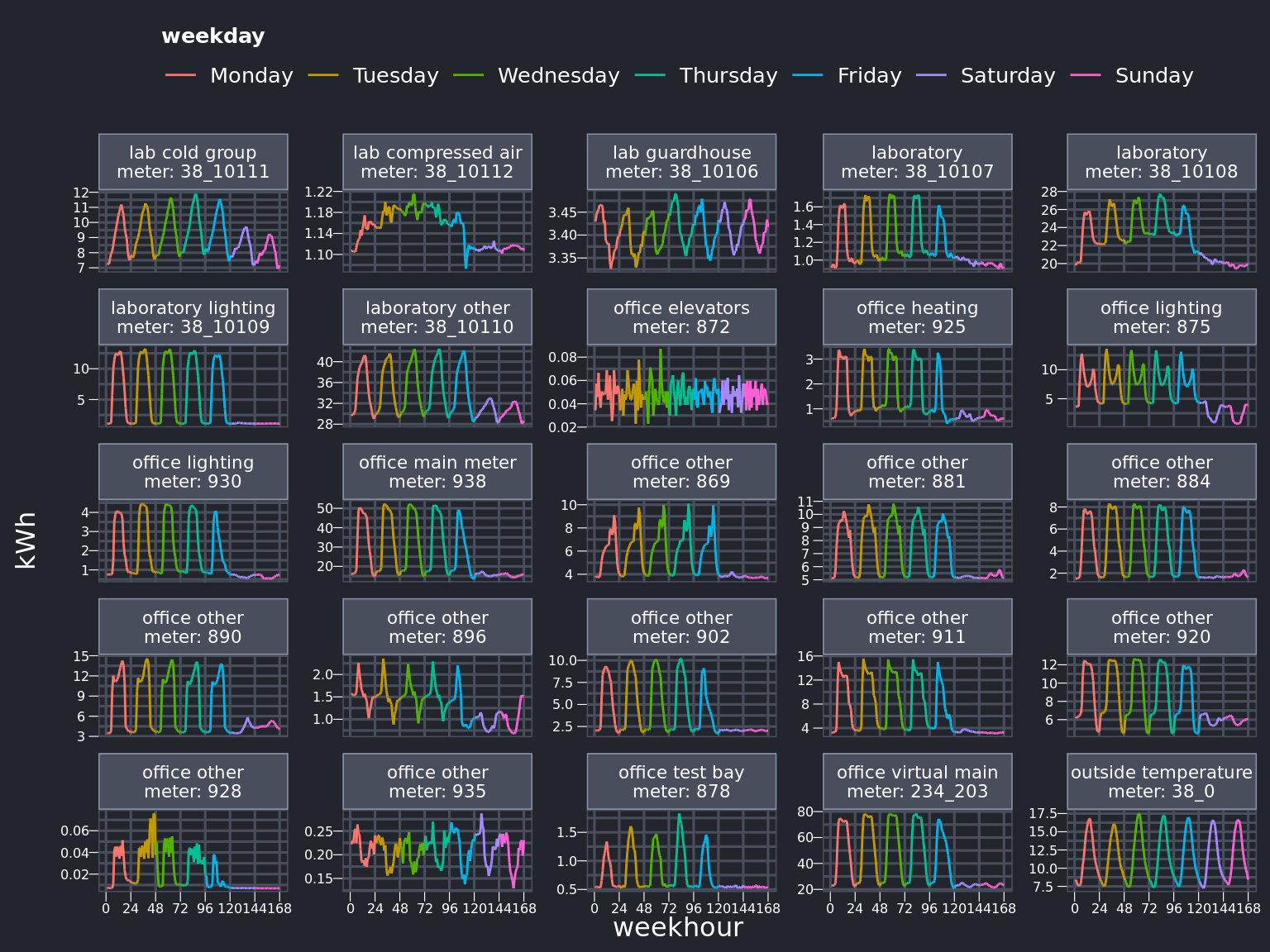 The main observations from Figure 1 are:

While these main patterns can be discerned visually in this instance, this method does not scale much beyond the small number of meters presented now. The next section shows how this can be improved upon.

Hierarchical clustering is one of many multi-variate clustering techniques. As the name suggests, groups or clusters are defined in a hierarchical or tree-like manner, with group members that are placed in the same branch of the tree sharing the greatest degree of similarity. Because we are examining time series or trend data, the variant used here employs dynamic time warping. This means each time series is stretched when making the similarity comparisons, to allow some leeway for identifying correlation patterns that might be slightly out of sync with one another.

The hierarchical clustering dendrogram (i.e. tree) of our meters of interest is presented on the left side of Figure 2, along with their respective weekly consumption patterns at right. 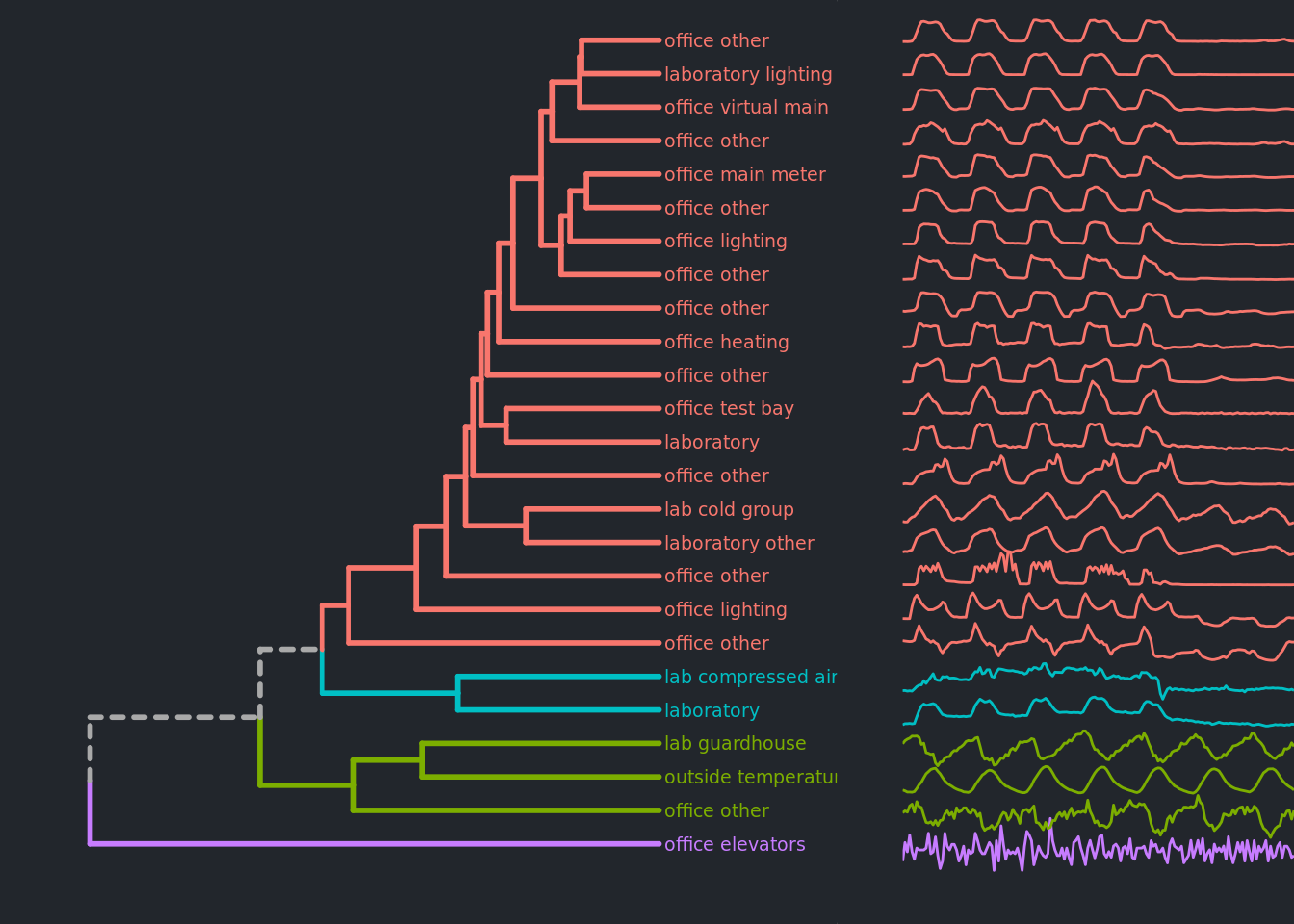 The following can be seen in Figure 2:

Clustering weeks for a single meter

The same method can be applied to a single meter, creating clusters of weeks with similar electricity profiles (Figure 3).